1988: The first belt system was release, known as “Montipower”, a 43mm wide belt designed for the DYI retail market.

1995: Monti invented and released the first inline pneumatic drive unit along with a patented adaptor system. In a very short time, the MBX gained global recognition throughout the automotive panel beating industry.

1996: Due to ever increasing demand for the MBX, Monti released the range of colour-coded belts that we still see today.

1997: The very first Vinyl Zapper was released to remove vinyl, stickers and adhesive from painted surfaces. This was Monti’s introduction into the sign writing industry.

2003: The first electric drive MBX was released together with the new 11mm belt.

2006: Revolutionary and ground breaking, the first Bristle Blaster and Bristle Blaster Belts were released; the only method of achieving surface cleanliness and roughness comparable to grit blasting. This new technology gave Monti its introduction into an entire new world of industries.

2011: The Die Blaster, with its narrow belts, perpendicular drive and accelerator bar is invented.

2019: Sees the introduction of the Bristle Blaster Subsea and revolutionary Cleantech Prepper.

The MONTI family is deeply saddened to announce the sudden passing away of our Co-Founder and Director Detlef Thomas. Detlef died of natural causes at his home in Dattenberg, Germany last week. He was 62 years old.

Detlef was with MONTI from its earliest beginnings and was one of the primary architects of its success. For more than 30 years he led the company’s global expansion and growth in the automobile and industrial surface preparation industries.

Detlef was a remarkably authentic, larger-than-life personality who brought his creativity, energy and inexhaustible drive to the power tool industry. He will be deeply missed by his colleagues, friends and the legions of MONTI partners and fans around the world that he touched.

Detlef is survived by his wife Zoe. His family asks for their privacy to be respected at this difficult time. 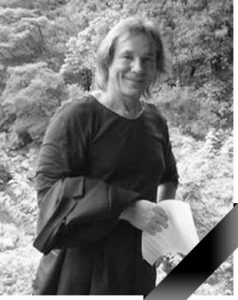